Siberian cats are devoted family pets who get along well with children and other pets. In this article, you’ll learn more about this tough Russian cat breed and where to buy a Siberian cat.

Contents
What is a Siberian cat?5 Facts About Siberian Cat1. Their Ancestors are Asian2. Not affected by snow3. Respect personal boundaries 4. They are Intelligent5. Have the weight of 2 normal catsWhere to Buy Siberian Cat1. Adopt a Pet2. Siberian Cat WorldCharacteristics of a Siberian CatAppearanceTemperamentLiving RequirementsConclusionFrequently Asked Questions

They are indigenous to Siberia, a region of Russia characterized by long, harsh winters. Their strong bodies and long, weatherproof triple coat reflect their rugged origins. This breed is gentle and enjoys cuddling. Siberians are completely devoted to their owners and get along well with children and other pets.

What is a Siberian cat?

The Siberian is a centuries-old domestic cat landrace in Russia that has recently developed as a formal breed with standards promulgated worldwide since the late 1980s.

Siberians range in size from medium to medium-large. The breed’s formal name is Siberian Forest Cat, but it is more commonly known as the Siberian or Siberian cat.

Siberians range in size from medium to medium-large. The breed’s formal name is Siberian Forest Cat, but it is more commonly known as the Siberian or Siberian cat. The Moscow Semi-Longhair is another formal breed name. The cat is an ancient breed that is thought to be the ancestor of all modern long-haired cats.

According to the SCC, the earliest recorded history of these native Russian forest cats dates back to the 13th century. Some cat experts believe that Siberian is the ancestor of all the long-haired breeds we know today.

The exact date of the Siberian cat’s introduction to Europe is unknown, but the breed was mentioned in Harrison Weir’s late-nineteenth-century book, Our Cats and All About Them, as one of three longhairs represented at the first cat show, held in England in the 1700s.

1. Their Ancestors are Asian

These cats’ ancestors were Asian (Bukharian) cats brought to Siberia by merchants to provide rat control for settlers. Several centuries later, the cats adapted to the cold climate and developed their distinctive fur coat.

The Siberian cat has been known since the 17th century, at the very least. Strictly speaking, all cats brought from Siberia to central Russia in ancient times were referred to as “Siberian.” They were the most common tomcats, and they came in a variety of colors and with longer fur. Knowing where to buy a Siberian cat is important

2. Not affected by snow

The Siberian cat is the most frost-tolerant domestic cat. This is due to its long, thick, and moisture-resistant. In addition, the ears are “heat-insulated” and have “tassels.”

This fur coat protects the cat’s strong paws and massive body from the cold and frost, allowing them to be outside in temperatures as low as minus 10-15 degrees Celsius. At the same time, the fur does not generally cause problems at home.

Even though they live indoors, these cats value their freedom. You shouldn’t expect them to always sit on your lap. While you are at work, they have a lot of things to do to earn money for their food and toys. Siberians are not friendly to strangers and will rarely allow an unknown person to pet them.

The Siberian cat’s intelligence is one of its most distinguishing characteristics. Because this breed evolved in harsh climate conditions in Siberia, the ability to think and plan was essential for survival. Tomcats understand what humans want from them and can even learn commands like “fetch” and how to open doors and turn off lights with their paws.

The breed prefers to avoid conflict and will usually hide rather than fight.

5. Have the weight of 2 normal cats

Siberian cats require more space to accommodate their massive tails and paws! Female Siberians weigh about five or six kilograms as adults, but males can weigh up to ten kilograms and sometimes even twelve kilograms.

Where to Buy Siberian Cat

Every month, they assist over 15,000 animal shelters, humane societies, SPCAs, pet rescue groups, and pet adoption agencies in promoting their homeless pets to millions of adopters for free. And now a Kinship company, which is a coalition of brands, teams, and partners all working together to bring more care to pet care.

Characteristics of a Siberian Cat

These medium-sized cats were undoubtedly designed for their environment in the icy forests of Siberia. Siberian cats have long, triple-layered, water-resistant coats and strong, muscular bodies that appear large for their size.

Siberian cats molt twice a year: in the spring, they shed their longer, warmer winter coat, and in the fall, they shed their shorter summer coat. Despite their excessive shedding, Siberian cats are considered “hypoallergenic” because their skin produces less of the chemical linked to cat allergies (Fel-d1).

Siberian cats have playful personalities and are extremely affectionate. Both physically and emotionally, these cats mature slowly. The Siberians can take up to five years to mature, which means they spend a significant portion of their lives acting like kittens.

Siberian cats are typically calm and quiet. When they do make noise, it will most likely be a small purr or chirp to express their love for their favorite people. When it comes to favorite people, Siberian has many.

These cats enjoy adventure and a good challenge. They’re also excellent mousers, always on the lookout for pesky rodents. When they aren’t playing or hunting, these cuddly lap cats enjoy snuggling and one-on-one time with their owners.

These pets are best suited for homes where humans are present and willing to engage in play. The Siberian gets along with almost everyone and is an excellent choice for families with children and other pets.

These tough cats were built for the outdoors and still have some of those characteristics. They are extremely social animals that adore their humans and dislike being left alone for long periods of time.

Because of their loving personalities, these animals are relatively easy to socialize. Children, other cats, and dogs get along well with Siberian cats. Knowing where to buy a Siberian cat is important.

Siberian cats have an average lifespan of 8-10 years and are generally healthy pets. These wild, long-haired cats became domesticated over time, seeking refuge from the harsh Siberian winters in human homes. Because of their sharp mousing abilities and sweet temperament, people eagerly welcomed these loving cats.

What is special about Siberian cats?

They have lustrous coats and round, curious eyes, and they are strong, alert, and adventurous. Siberians are a landrace breed, which means they evolved over time by adapting to their surroundings, which explains the thick coats required to survive the harsh Russian winters!

Is a Siberian cat a good pet?

Siberian cats have gentle, loving personalities with well-rounded personalities. They adore children, are accepting of other household pets, and get along well with the entire family. allowing them to blend in and adapt to almost any family situation. Siberians have the devotion and personality of a dog.

This breed is gentle and enjoys cuddling. Siberians are completely devoted to their owners and get along well with children and other pets.

How long can Siberian cats be left alone?

The official, the veterinarian-approved answer is that you should never leave your cat alone at home for more than 24 hours without having someone check on her. This ensures she receives some interaction and hasn’t become ill or injured herself in some way.

Can Siberian cats go outside?

In general, Siberian cats get along well with other cats and even cat-friendly dogs, making them ideal for multi-pet households. They can survive outside better than most cats, but it is still best to keep them indoors if possible, as there are numerous dangers to any cat once they step outside.

Find Us on Socials 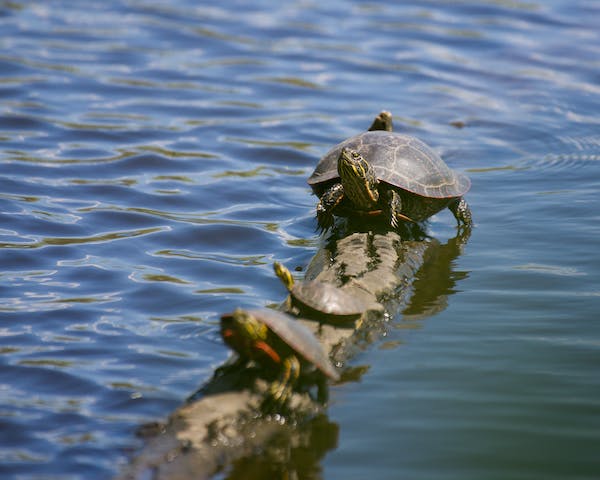 Where to Buy Baby Turtles 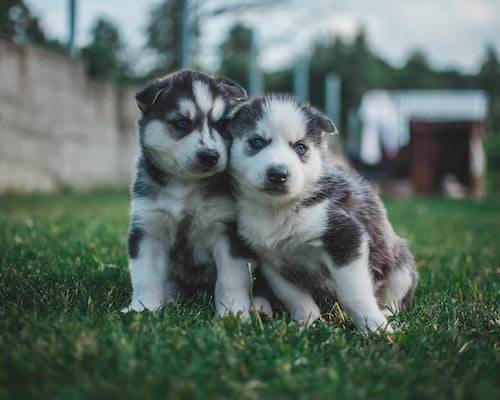